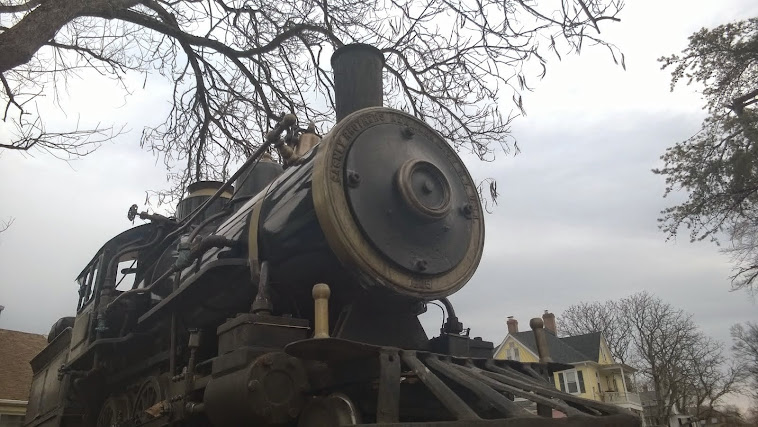 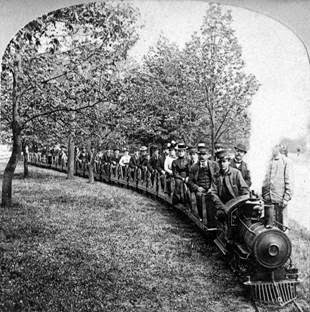 1901
The Pan American Exposition was at Buffalo NY on 342 acres with 8 million people attending. To move the people around the park Cagney Brothers built six miniature steam locomotives. Our engine was built in 1901 for this event and was one of the six  miniature trains.

1906
Our train was moved to Owasco Lake Park, Auburn, NY. and was an amusement ride at the park. A sign said “5 cents to ride all around the island”. The engine operated at the park until 1954 when New York State made a new rule that park steam trains had to be operated by a certified locomotive engineer. This was very difficult for park operators to do. They tried to convert the train to run by a gasoline engine but it did not work very well so in 1954 the engine was stored in a barn. 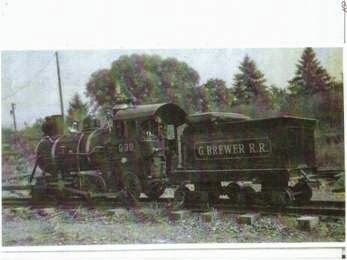 Gerald Brewer, Canandaigua, New York acquired the engine from Owasco Park in 1960 and after finding steam parts to replace some that were lost when the engine was converted to gasoline got the engine running on steam again. He ran the train on a small track in his yard until 1970. That was the last year listed on the New York state boiler certification. The engine ended up in a barn until 1990. 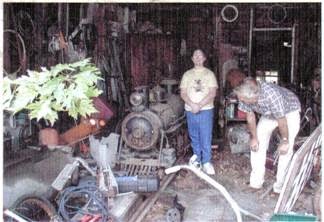 The fourth owner of this train was Dave and Barbara Conroy living at Macedon, NY  along the Erie Canal. Dave got the train from Gerald Brewer’s widow after it had been sitting in a barn for many years and fixed several things to make it go once again. Dave had about 80 feet of track and ran the engine once in a while. 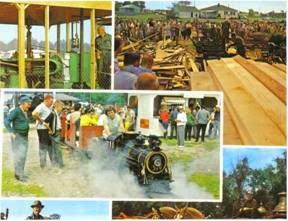 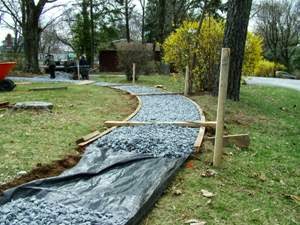 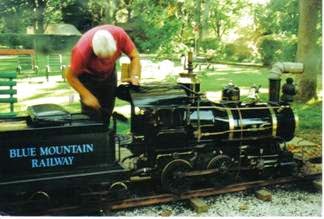 Bill McCutcheon had run a Cagney steam train at the Braddock Heights Amusement Park in Maryland during 1943 and 1944. He was 12 years old at that time and had not been involved with a miniature steam train for the next 62 years. Dave Conroy let him operate his Cagney engine and it brought back memories and the excitement of getting on the throttle again. In 2006 we bought the train from Dave. Bill McCutcheon and his 5 sons put new tires on the engine, rebuilt many things and laid 300 feet of track to make it steam again in our back yard.

2014
Today the Cagney continues to run on occasion free of charge. The Cagney is still owned, operated, and maintained by the McCutcheon Family and with some help from close family friends. We hope to preserve the history of this locomotive, the parks it ran in, and the park in Braddock Heights.

2015
The Blue Mountain Railway gets a semi-permanent structure to house the locomotive, coach and handcar. A stub switch leads up to the building and no longer will the engine be under a tarp for the night. 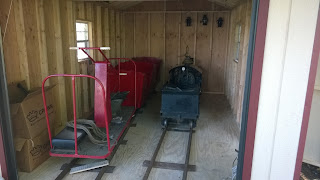